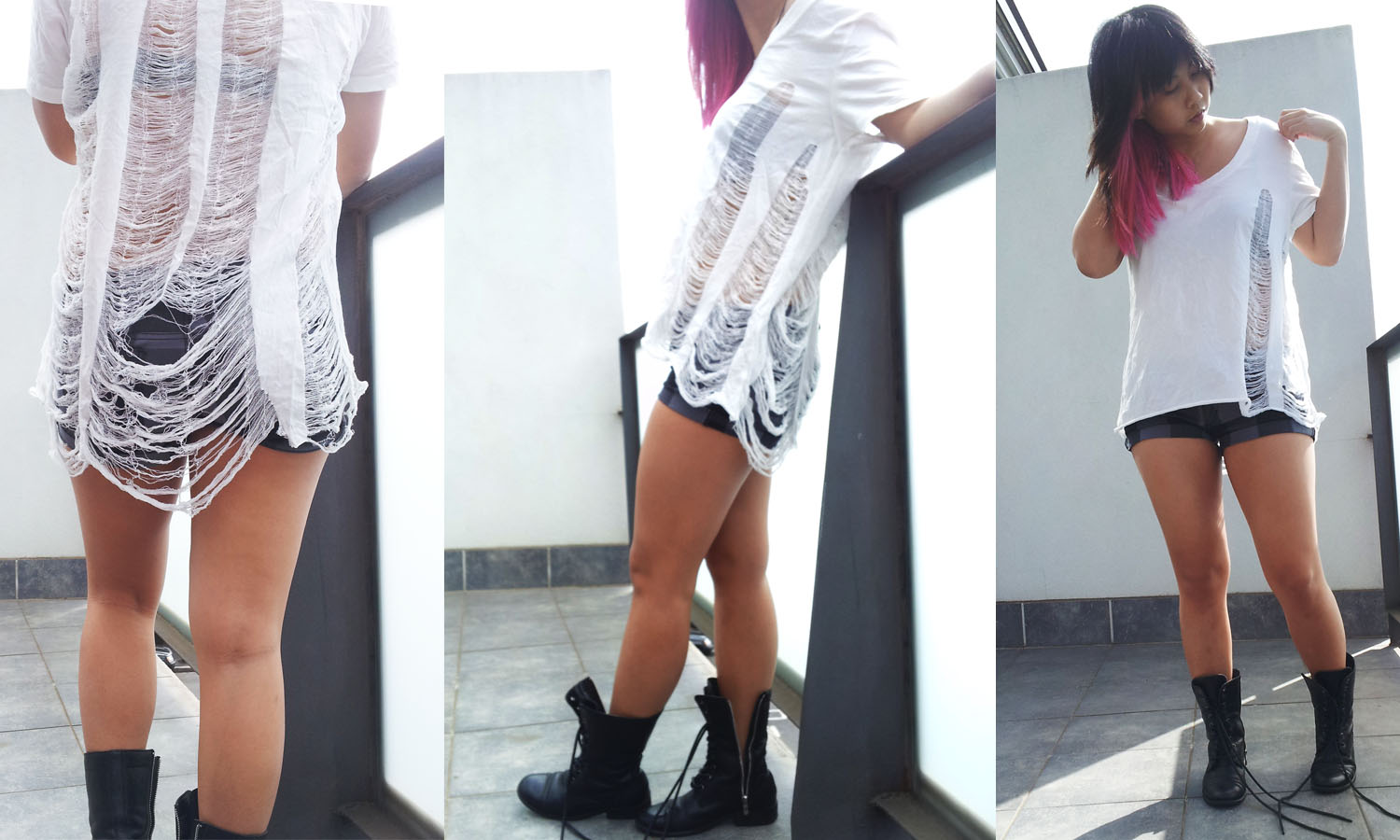 I used to be someone who didn’t understand the hype on the shredded clothing trend, I thought “why would I pay good money for a shirt that will fall apart quicker than one that costs less and is of higher quality?”

Over the years, this idea has become less and less alien to me as I found that some pieces actually looked pretty funky with all the different shredded patterns. But I still didn’t like the idea of paying anywhere between $50 to $150 for a shirt that has been ripped. (I now understand why it costs so much though)

Lucky me, I had a  friend who taught me how to shred my own shirt! I took one look at the one she was wearing at the time and I was sold 🙂

I’d shredded one of my own prior to visual aid where the shred patches are stringy, as shown above. When I was given a proper tutorial, I’d discovered the technique which allowed for a more even grid shred, which looks mesh-like. This style I find, snags less and lasts longer than the previous technique. Both have their own qualities and I wouldn’t say that I like the look of one more than the other. 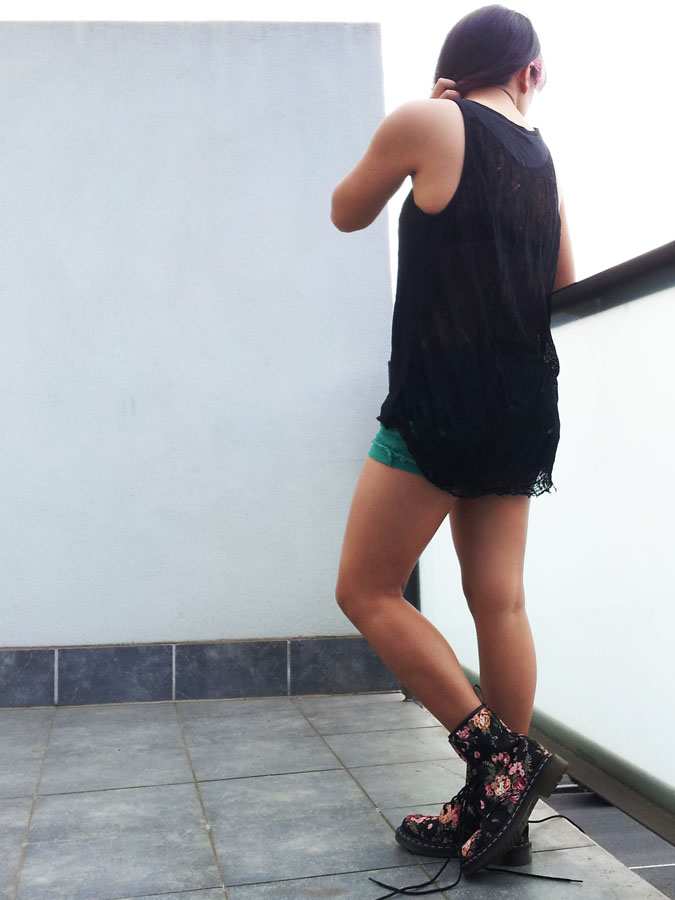 Due to the style and nature of shredding, there are some key things to keep in mind: 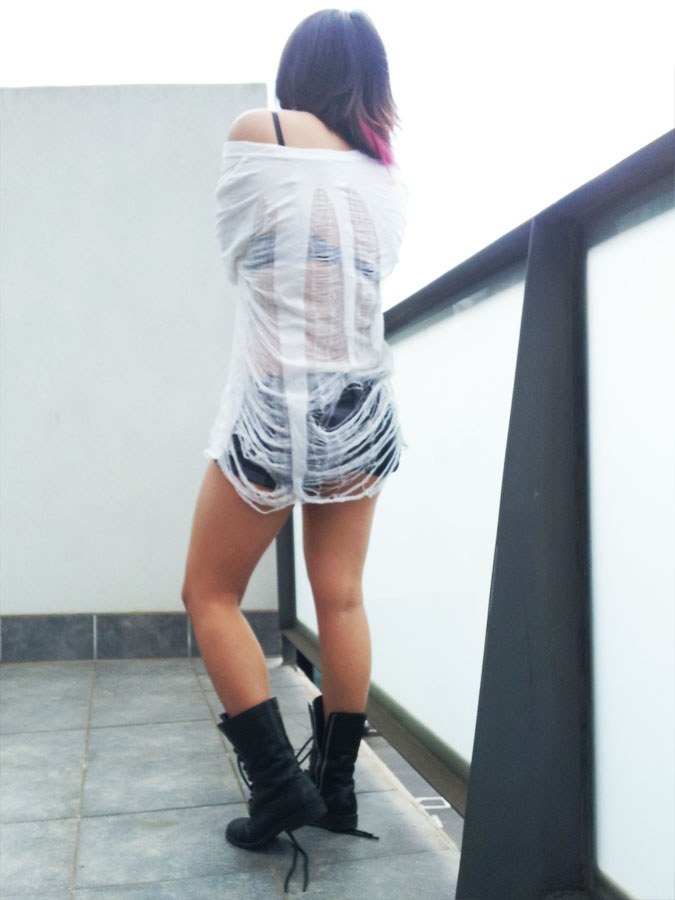 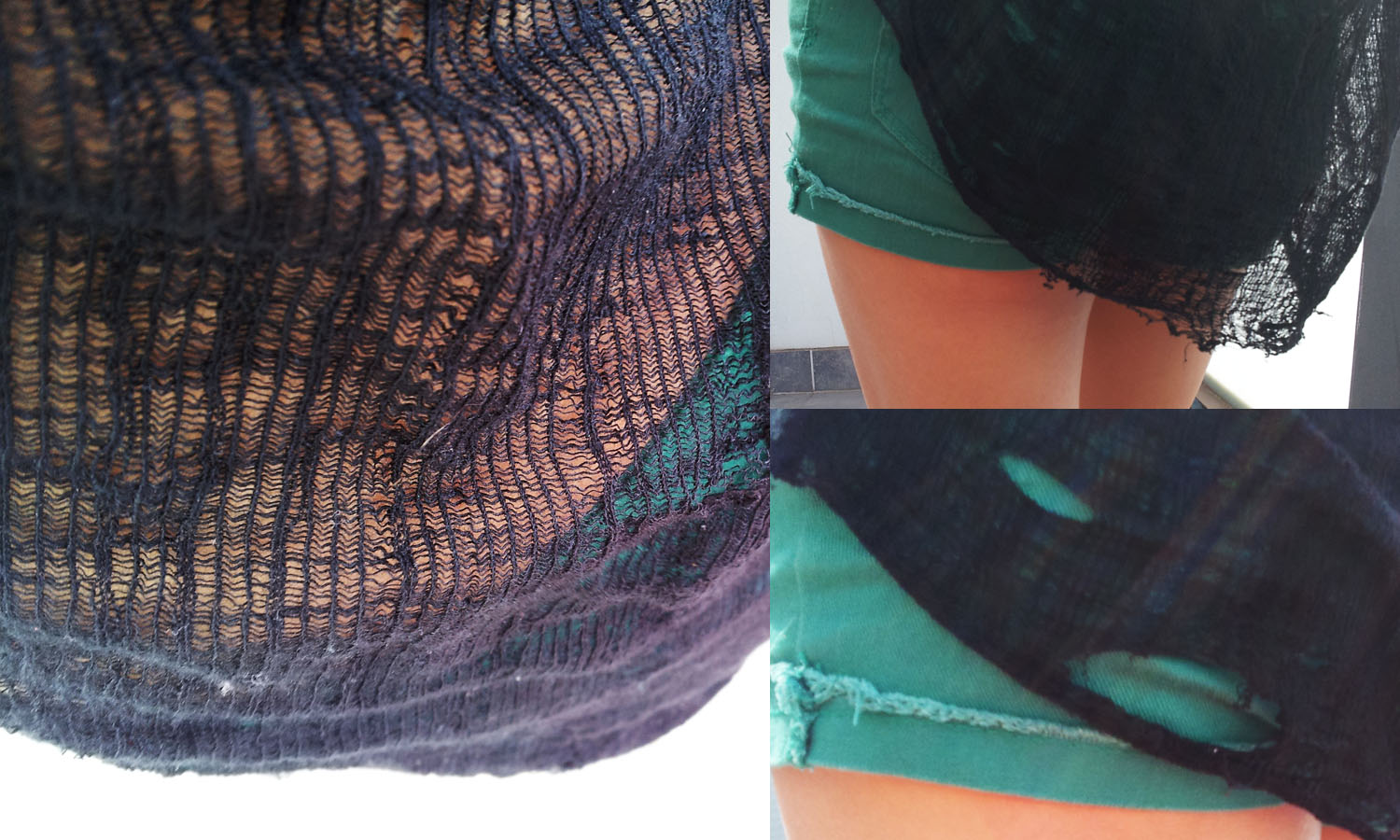 Design (where you want the shreds to be placed) 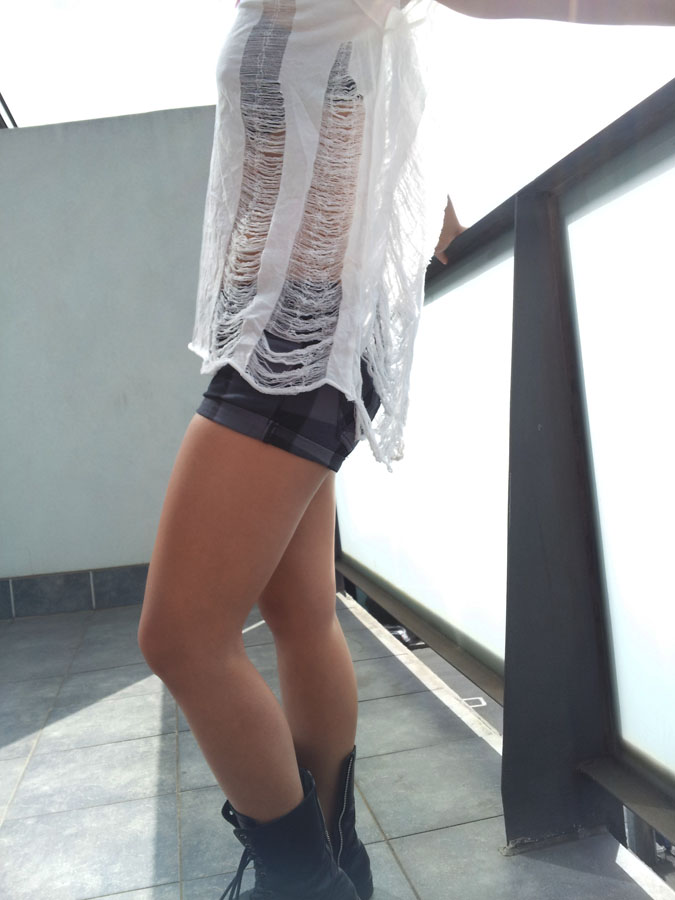 I understand if there are many people who still are unimpressed with this kind of style. But I gotta tell you, its super comfy and undoubtedly very cooling during summer 😉

I’ve done a full DIY post with written instructions and a video for visual aid. If you are curious about the process, feel free to have a  look – DIY – Shredded Shirt

To have a peek at other blogger’s DIY ‘refashioned’ items go to Adventures in Refashioning where other participants of Fashion Beauty Friend Friday will be posting their projects.