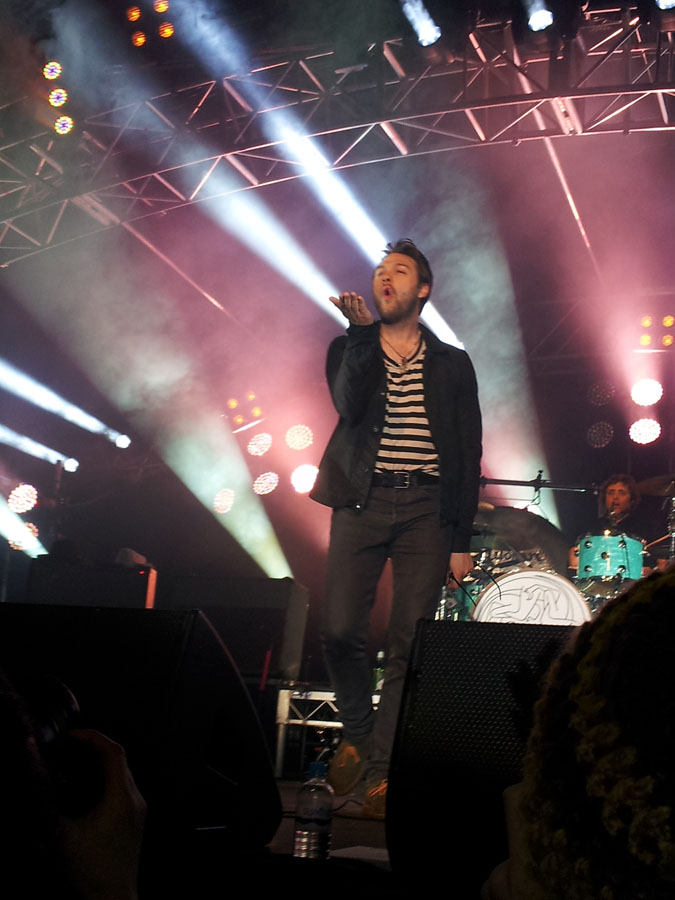 Lead singer of Kasabian, Tom blowing a kiss to the crowd

So I didn’t know who Kasabian was before last week which may be a terrible thing to say to those of you who may be adoring fans. But I’ve got one thing to say after watching them live… THEY ARE AWESOME! 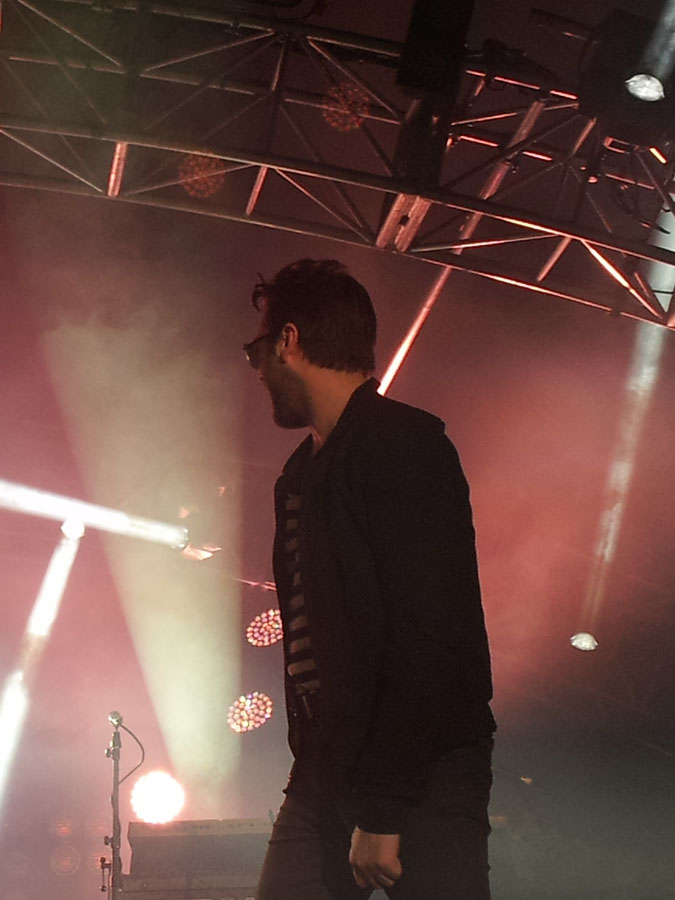 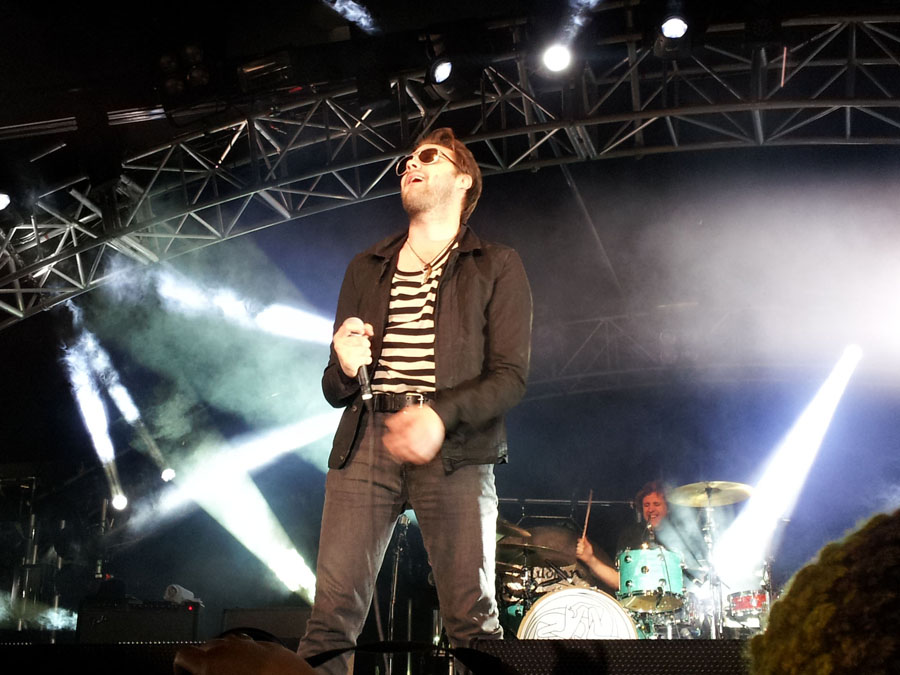 We had the best spot throughout the whole concert. FRONT AND CENTRE!

A most definite must-try. They are AMAZING live! I mean, they’re good on CD, but live is like… OMG.

I am a very new fan and have only been listening to them for less than a week. But the live introduction has sent me into my obsessive-replay spree, or as my house mate likes to put it, my Jagger and his Wood Kid.

Either way I am a full condoner of Kasabian and recommend it to anyone who is interested in indie rock. 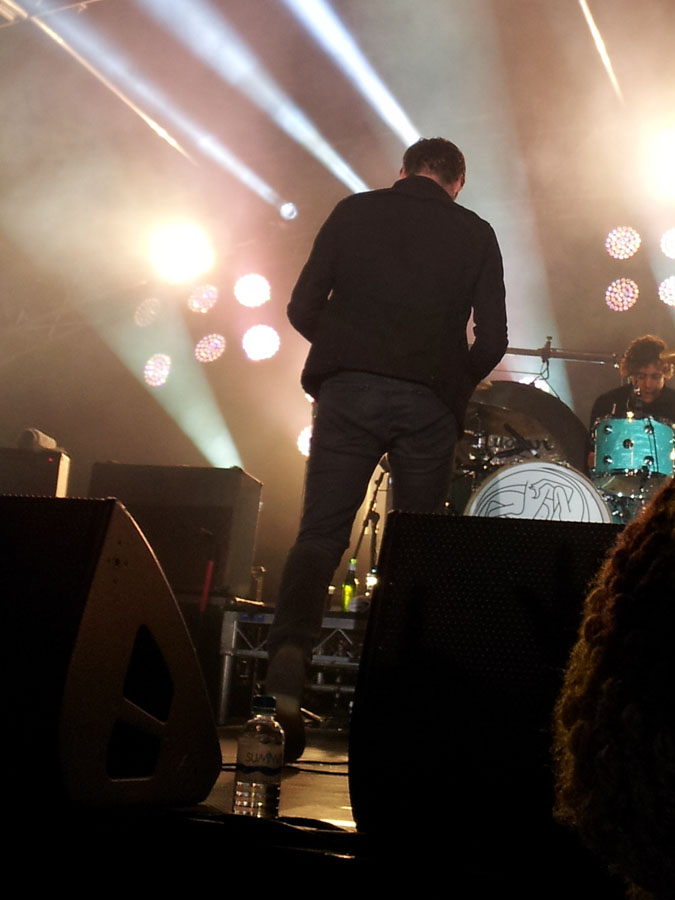 Sadly I was enjoying the band too much (and having all the air squished out of me) to take more pictures. However I did get a few good shots of Tom.

There will be a full recap on the occasion in a couple of weeks on MTV.