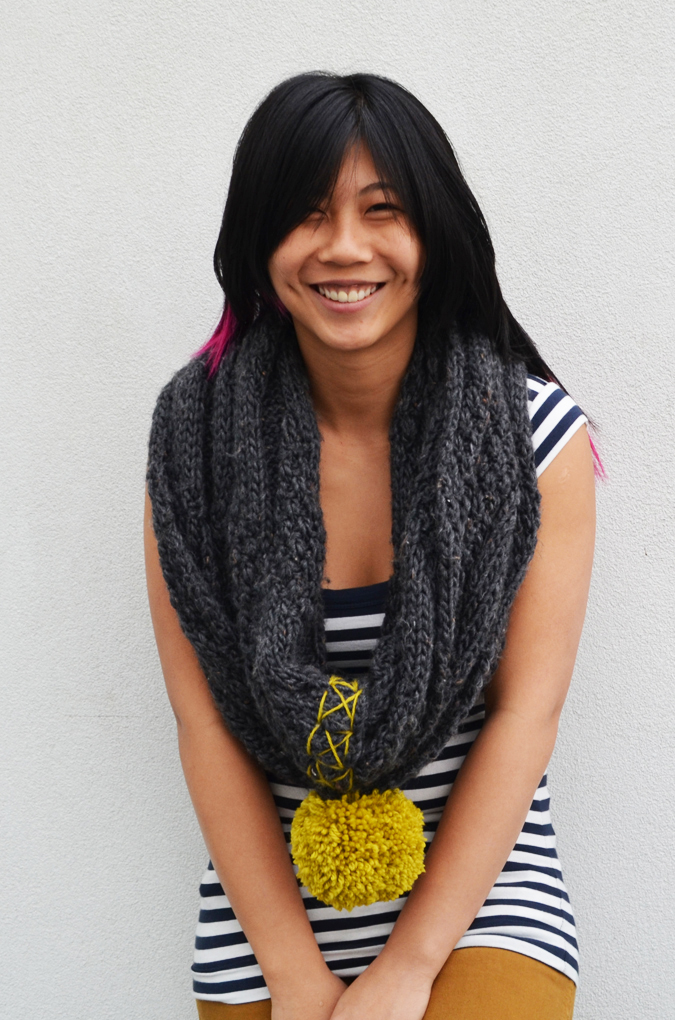 I’ve been wanting to knit my own cowl for a while now. But I’ve got so many scarves as it is and so many projects on the go and planned in my head that I figure I might as well turn something I already own into a cowl.

I knitted this scarf a couple of years ago and hardly wear it because it is a tad too long which makes it perfect for cowl conversion!

I decided to join the ends and add a few pom poms for an accent. 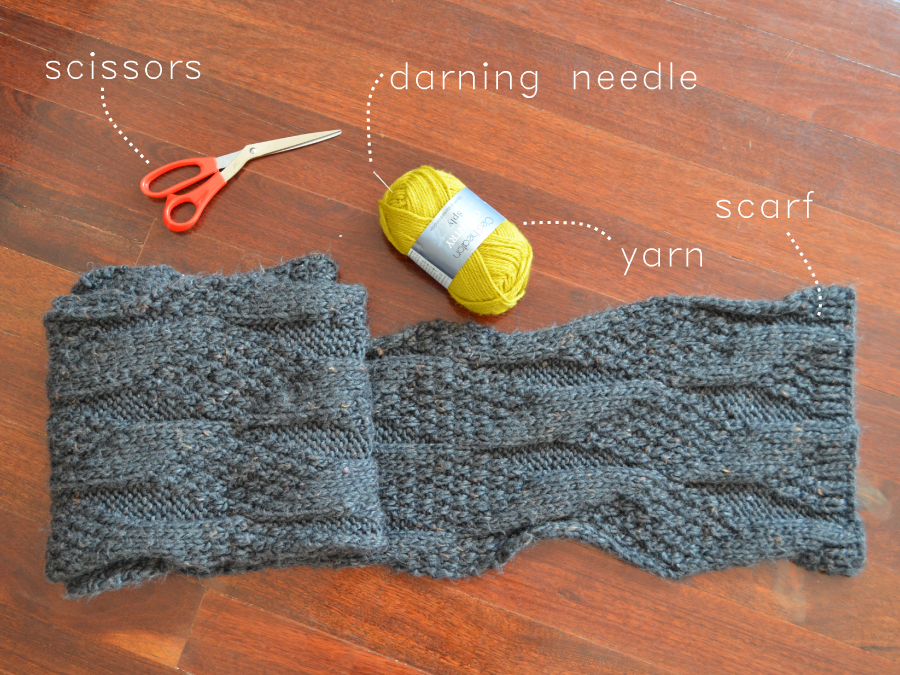 Tutorial for Scarf to Cowl conversion:

Simply join the two ends of the scarf together and ta-da! cowl.

Tutorial for Pom Pom and attachment:

Here I’ve decided to re-create my pom pom tutorial with a slightly different and quicker method than previously shown. 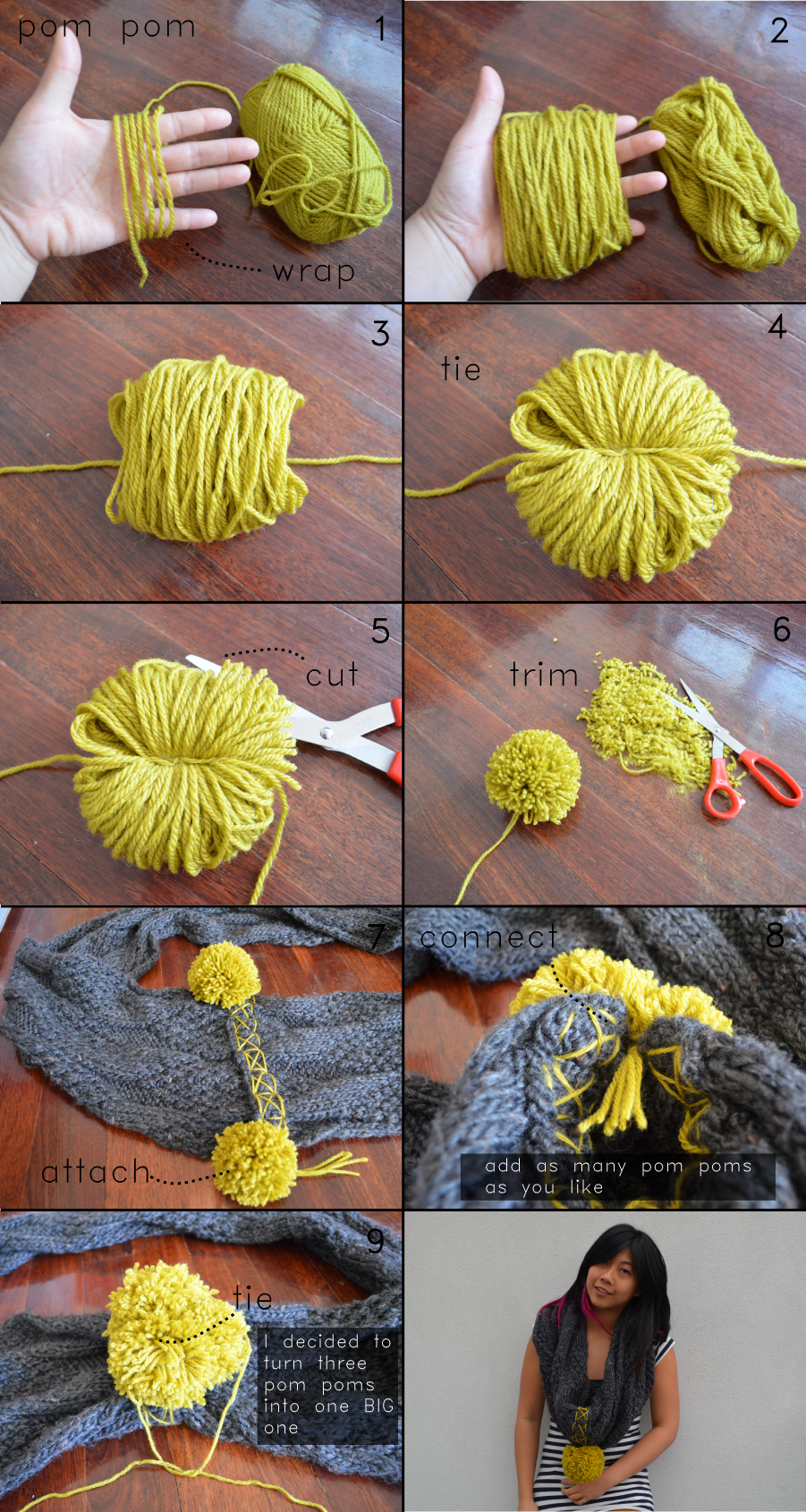 You could choose to not bring the two pom poms together, or maybe only add one or make a huge one to begin with. The variations are endless with this sort of DIY project. 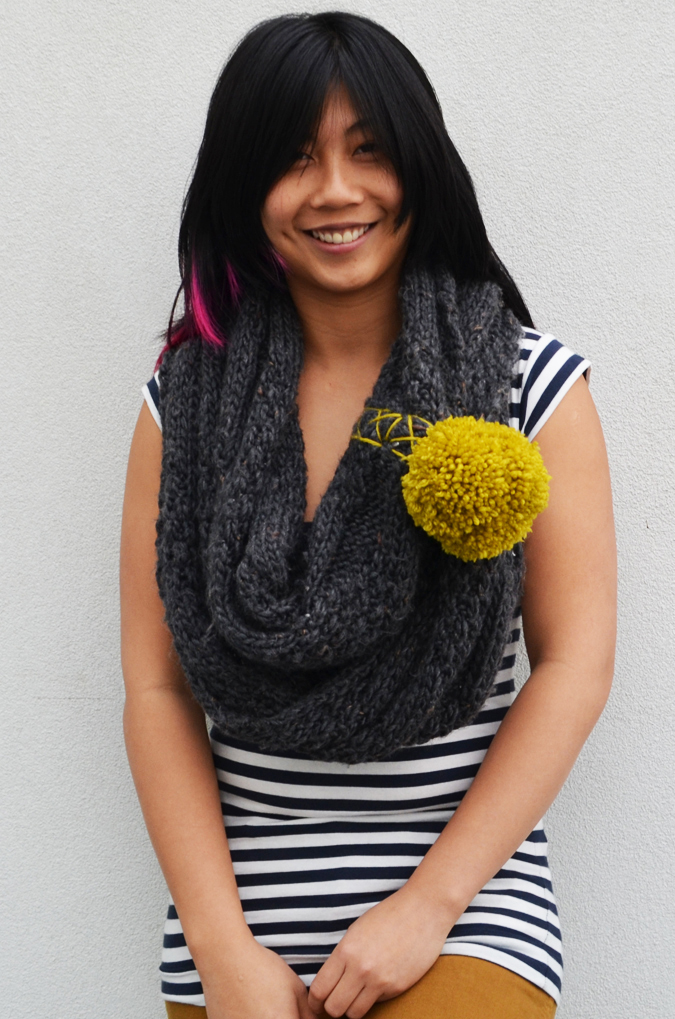 I think this project may have satisfied my pom pom obsession for now. (FOR NOW!)

However, I still get the slight urge to add a pom pom to what I happen to be knitting at the time. 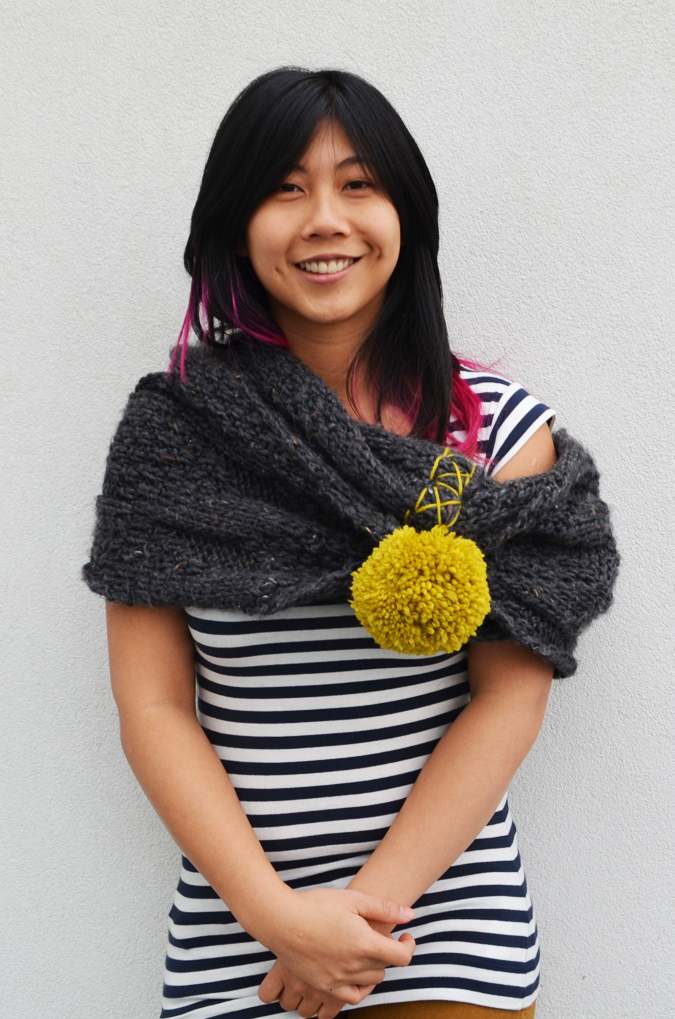