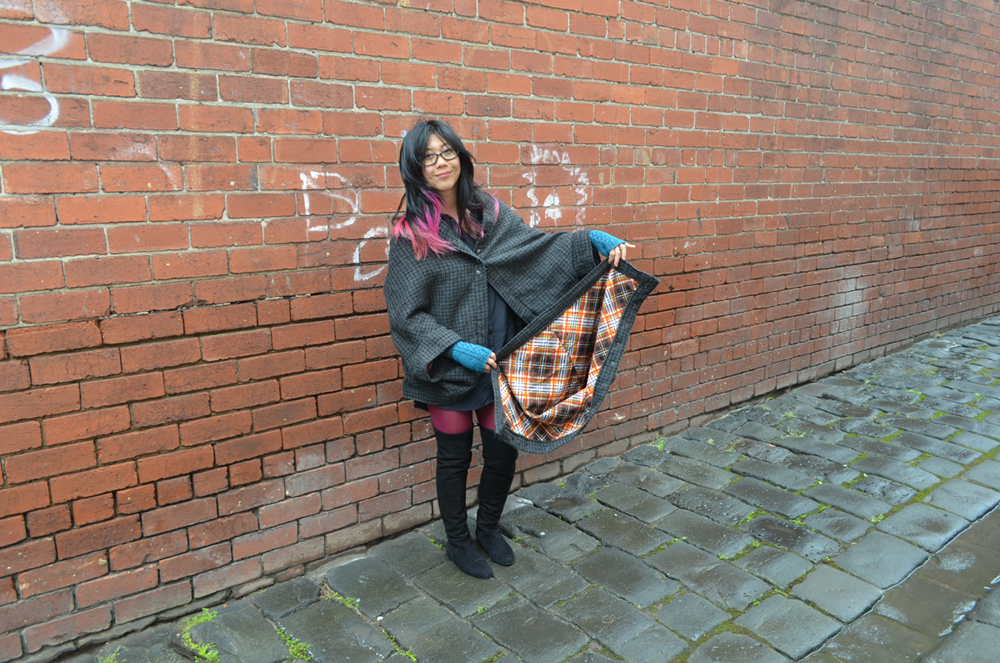 I created a cape jacket a while ago and have been contemplating the thought of adding a hood for a while now.

Now I’ve finally come around to doing it! – the best part is the hood doubles as a scarf/upturned collar making it extra warm.

The hood was created by simply folding a rectangle in half and sewing one edge perpendicular to the fold. I then created a lining in the exact same way and then hemmed the edges of the two togeth

I did the same thing in my last post with the Kimono Jacket.

The end result being: 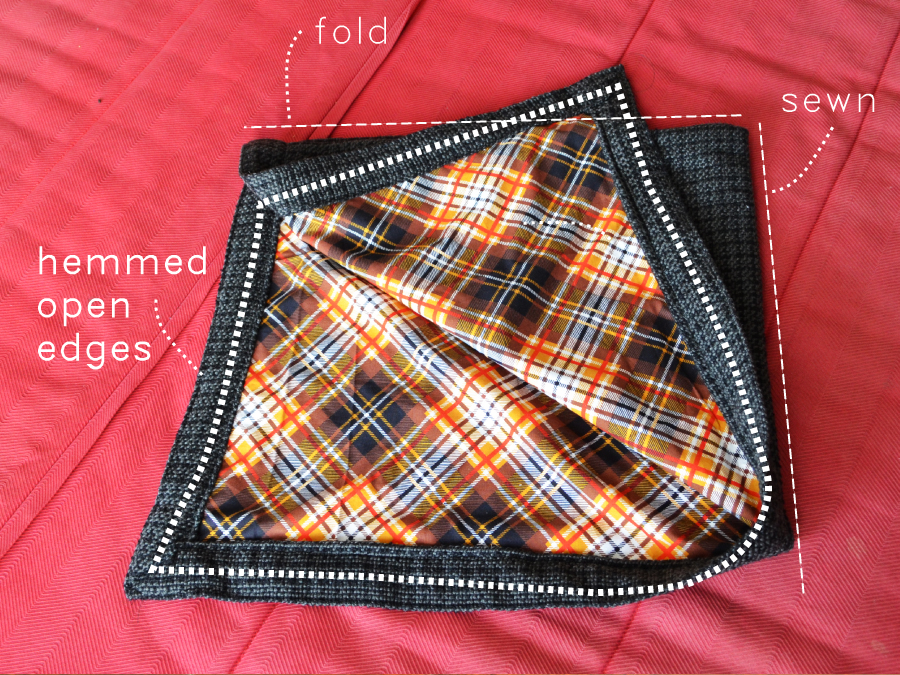 Once this was done, I then attached the hood using press stud buttons.

Unfortunately I did not take any pictures during the making of the hood, but I took plenty during the stud insertion process. (I found this part to be quite tedious) 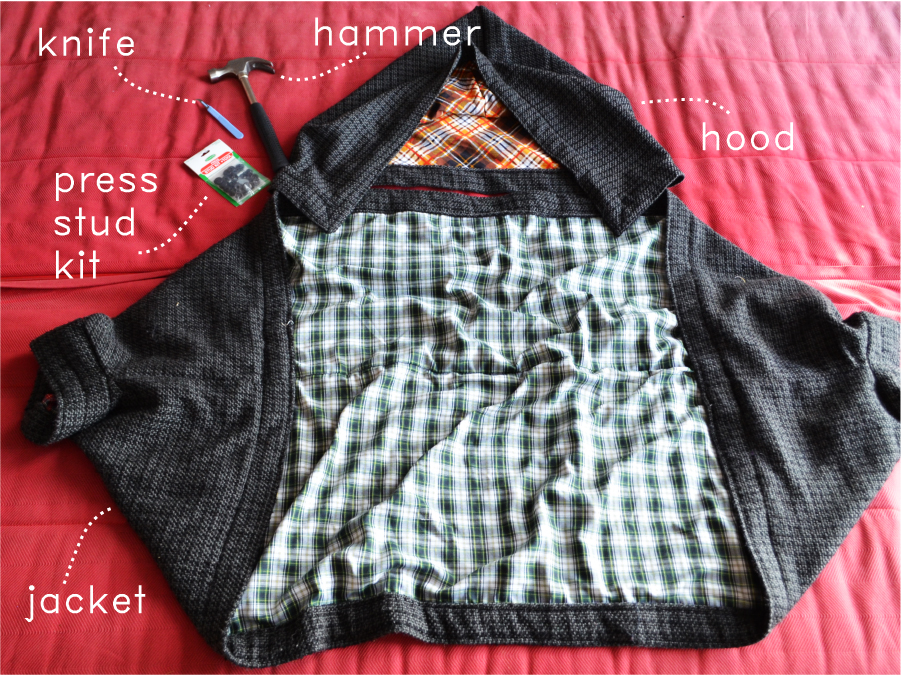 And a close up of all the bits of pieces the press stud kit includes. To make one button closure, there are 4 parts. 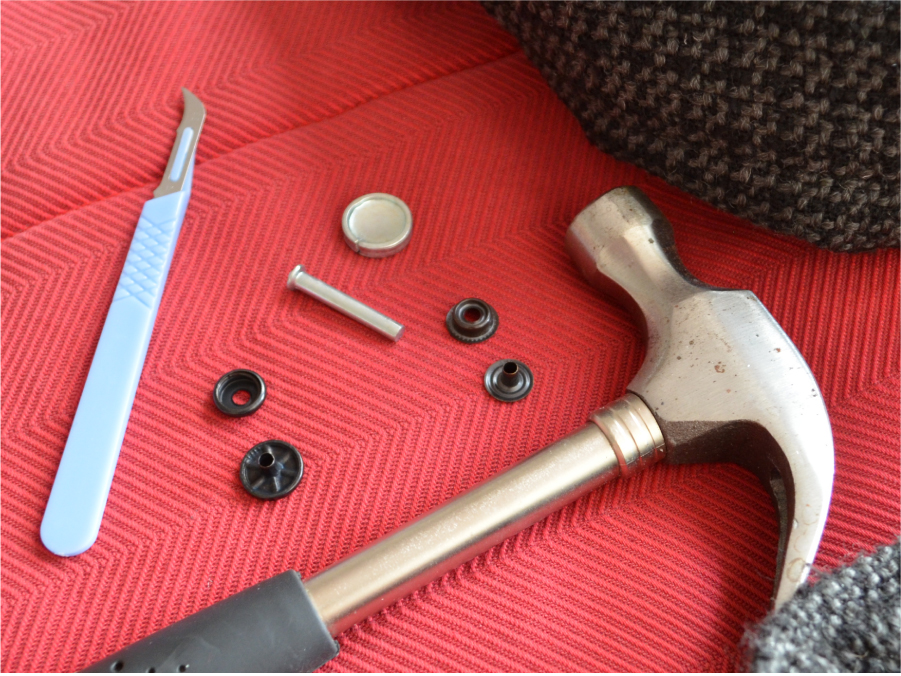 Don’t worry if you make mistakes though, the press stud buttons can be removed with big pliers. 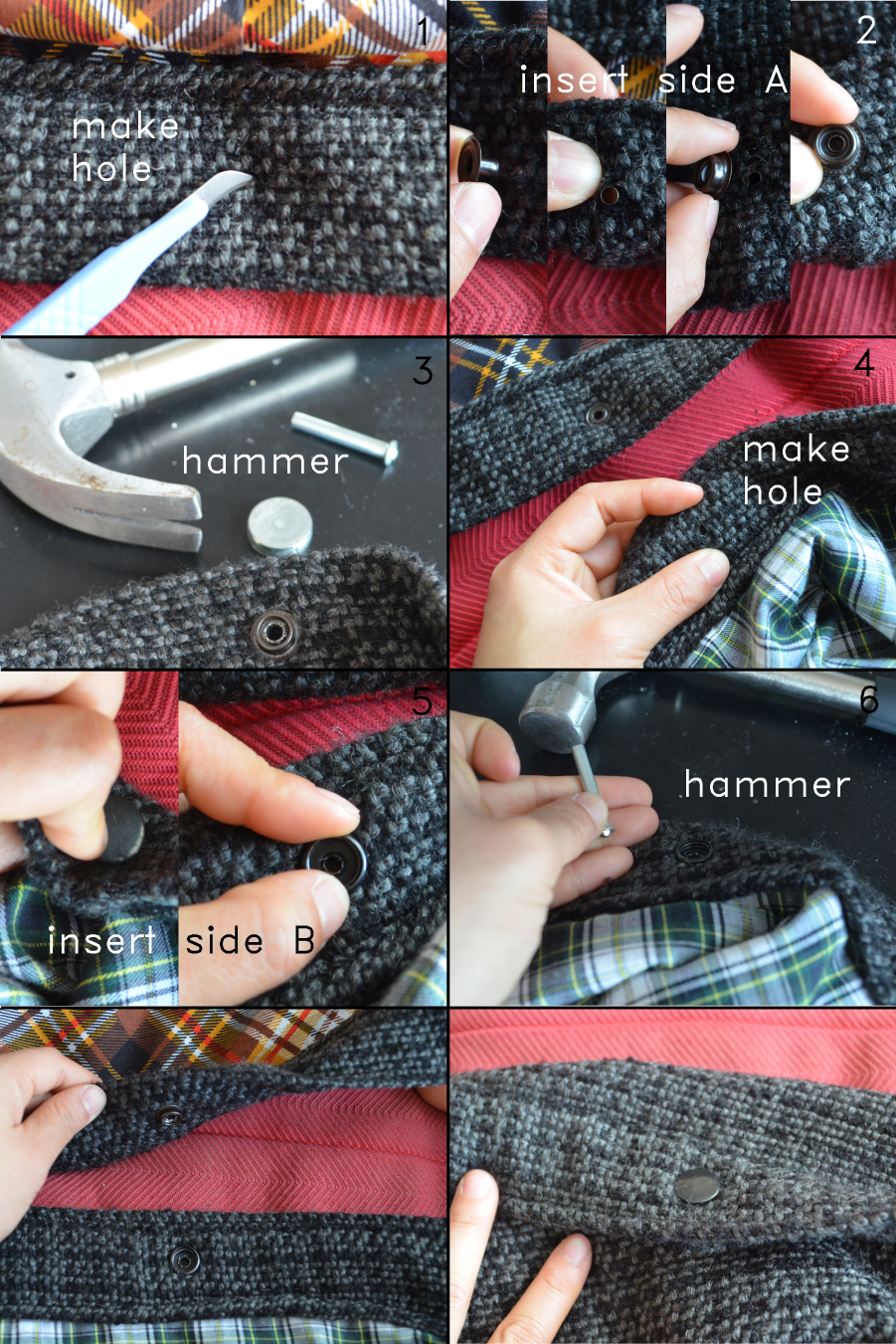 Repeat that process as many times and wherever you want on the jacket and the hood.

I added more buttons to the jacket than the hood so I could wrap the hood around my neck and button it in different funky ways. 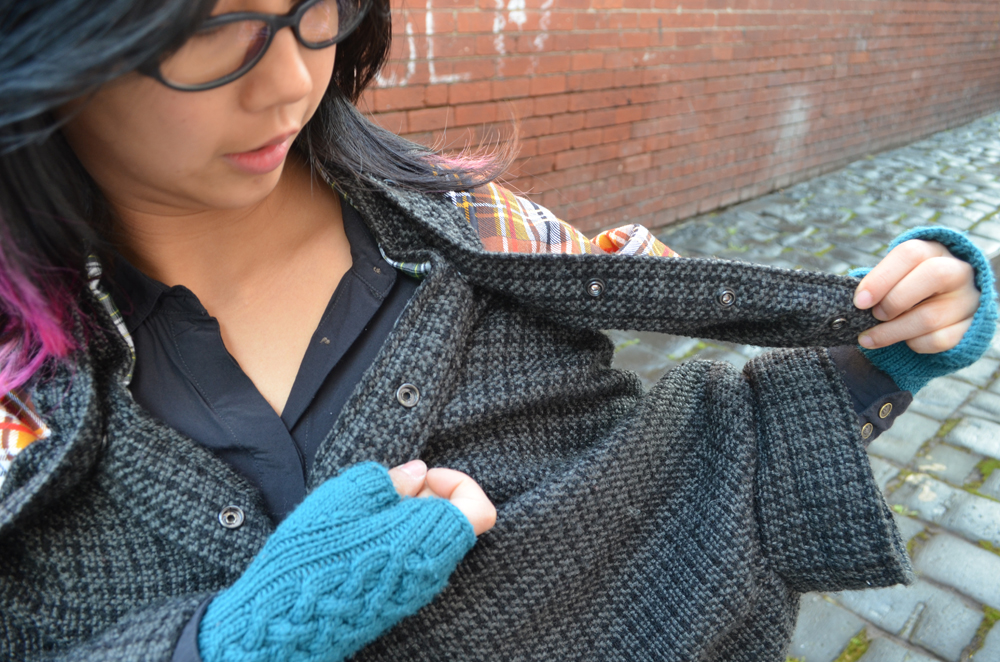 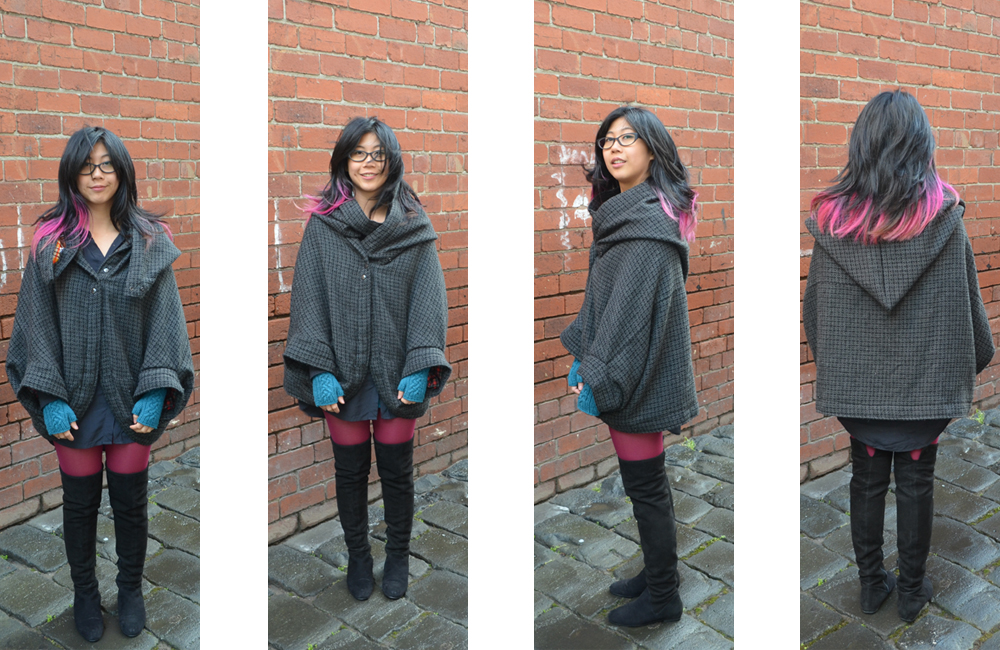