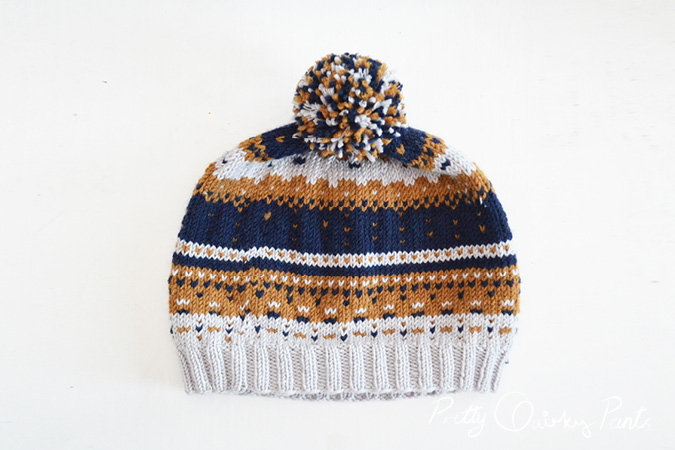 I had chosen to come back to Norway in time for Christmas, but in doing so, I have willingly chosen to freeze my butt off. So to counter this, I have started knitting again! made a quick trip to Stoff og Stil, with no real plan in mind upon what I was going to make except that it was going to be in colorwork. The thought process went from leg warmers, to a scarf, to a blanket and just when I thought I had settled on making leg warmers, I started knitting another beanie. I whipped up this colorwork knit beanie in a couple of days, just making up the pattern as I went along. I had a small amount of grey left over from a previous project and I wanted to use that up. I’ve also wanted to making something in a colorwork for a while now but haven’t quite gotten round to it. I’ve taken the liberty to write down the pattern as I went along. Hopefully I’ve gotten everything right. If not, just let me know and I’ll make the adjustments to the pattern. 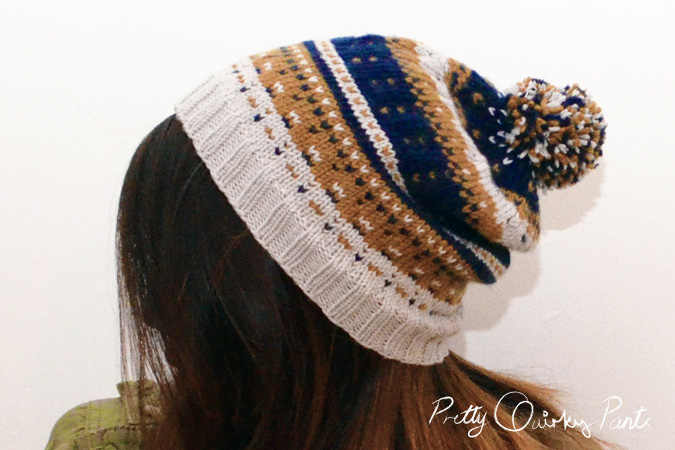 The printable PDF can be found here… COLOURWORK BEANIE

The beanie looks like this before the pom pom was added… 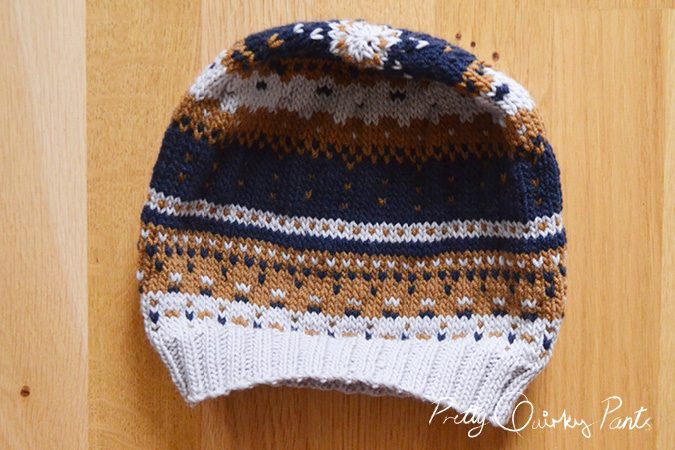 And here is the pom pom tutorial… 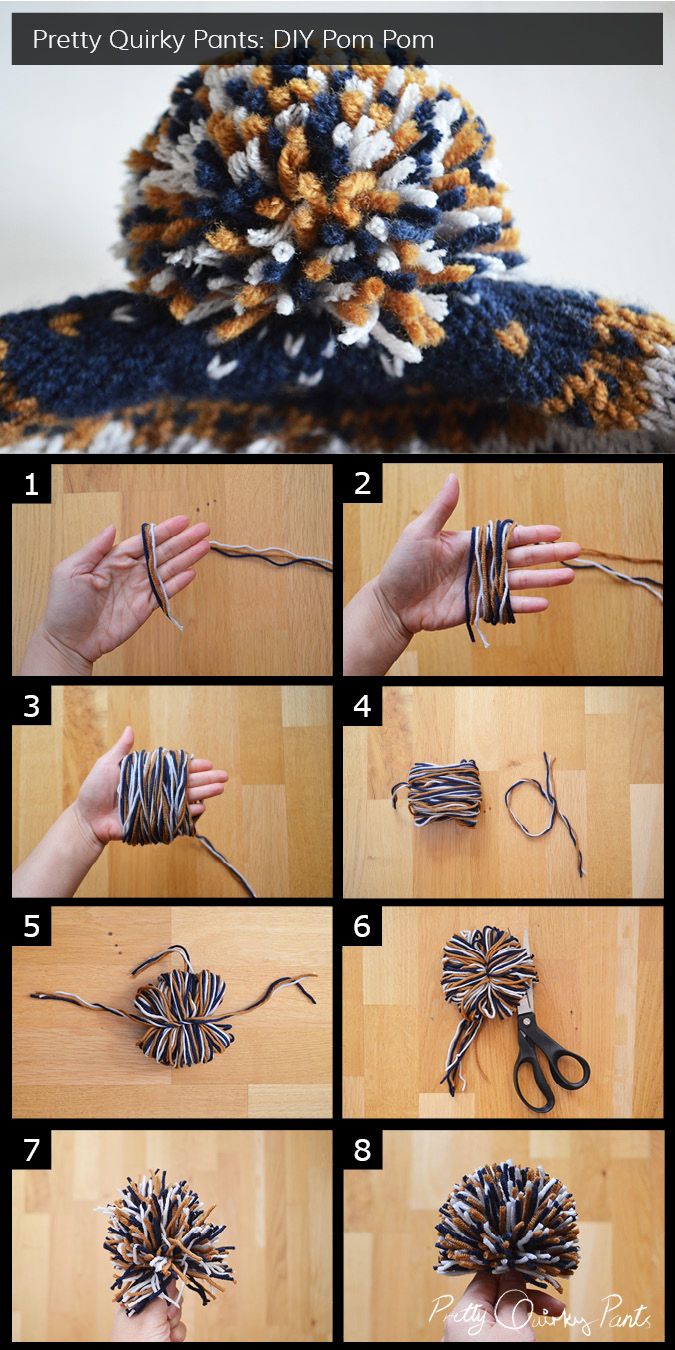 1. Place the start ends of the yarn in your hands. 2. start wrapping the yarn loosely around your hand. 3. Get a nice thick amount on your hand. 4. Carefully take the wrapped ball of yarn off and cut off an extra piece of yarn. 5. Tie the extra piece of yarn around the centre of the wrapped ball. Secure tightly. 6. Cut the closed loops of the yarn ball. 7. You should get a fairly messy pom pom. 8. Trim everything down to get a neater and tighter pom pom. 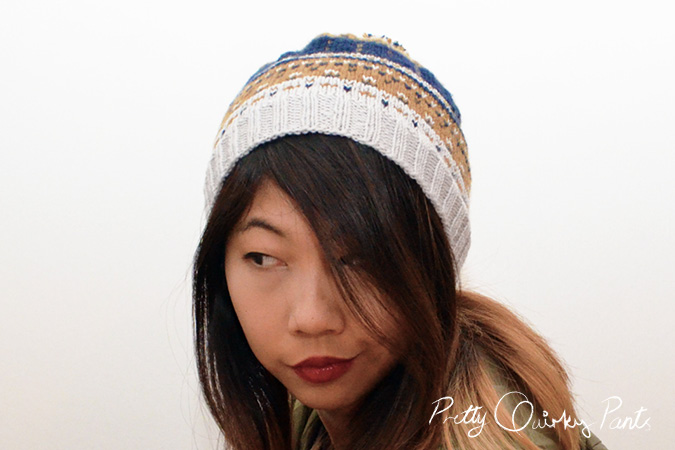 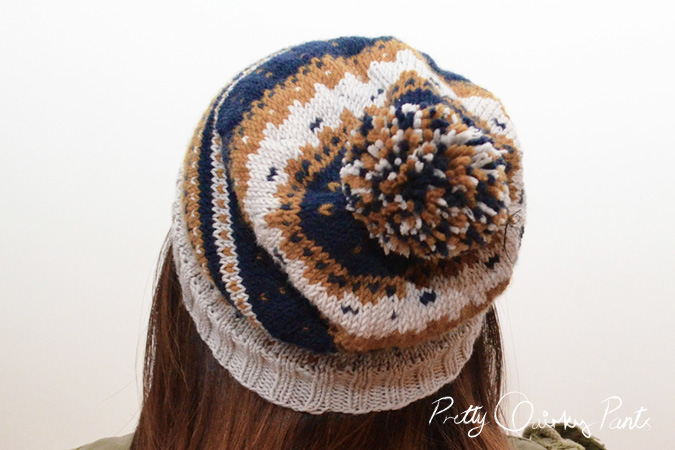 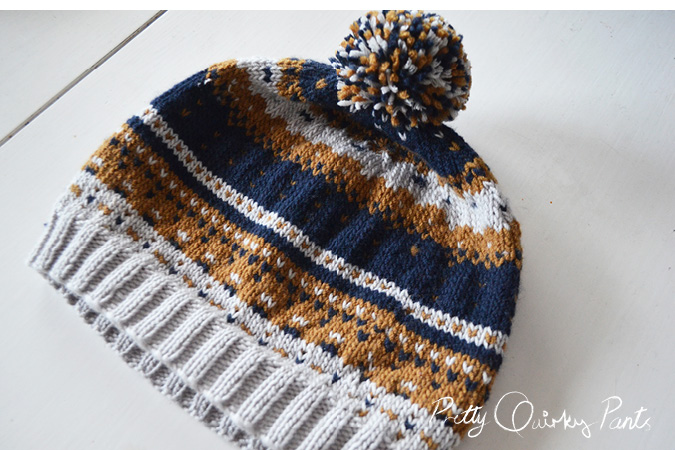