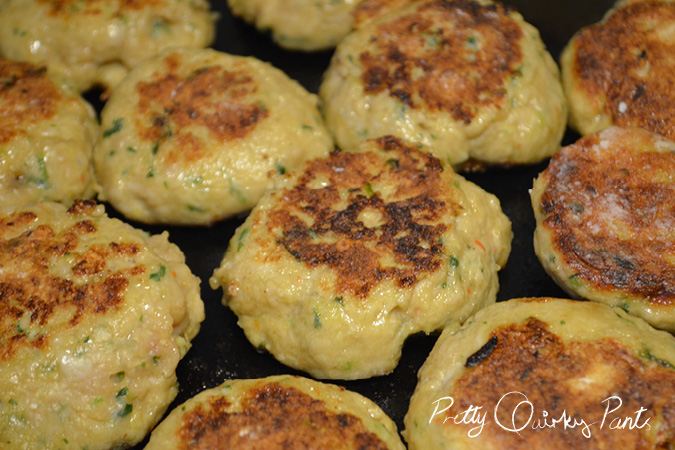 So I’ve been craving proper Thai for a little while now. Stavanger has great thai take away places, and though they are tastey, they lack the authenticity that I have been spoilt with over the years. The dishes have been adulterated for Norwegian tastes so the usual blow of flavours you would normally get with a simple pad thai is not quite there. Also, there is a lacking of fun finger food (aside from chicken wings and spring rolls), so I even miss the thai meatballs and fish cakes.

Thankfully, the asian grocers here are well stocked with goods from Thailand, Vietnam and Indonesia making it fairly easy to concoct my own variations of food I miss.

I did  a little quite research on how to make Tod Mon Pla, which is a thai fish cake and is super tastey!

I didn’t have fish at the time, so I made these meatballs out of chicken mince, which surprisingly had a very similar consistency to the fish cakes in the end!

I used chicken here, but if you wanted actual fish cakes, you would use fish mince. I’ve never actually seen fish mince in the store before so I think you would have to make it yourself. Making your own fish mince is fairly simple though, you would just need some white flesh fish (such as cod) and chop it up finely into mince and go from there.

Spicing the meat: All to be chopped finely

You could replace the honey with sugar as well, but I like using syrup and honey instead of white sugar.

You could also add basil and mint to enhance the taste of Thailand further, but it is unnecessary because the coriander and lemongrass are quite strong flavours as is.

It is also common to find long beans in Tod Mon Pla, but I didn’t have any at the time so I skipped on that too. Feel free to add shredded carrots or cucumber as well, they compliment the other ingredients very well.

1. Put all the ingredient together except for the starch and mix thoroughly.

2. Sprinkle the starch in at the end and mix to get the right consistency.

With chicken and fish mince, the mixture can get quite watery and runny so this is important.

The correct consistency is when you can kind of make gooey balls. 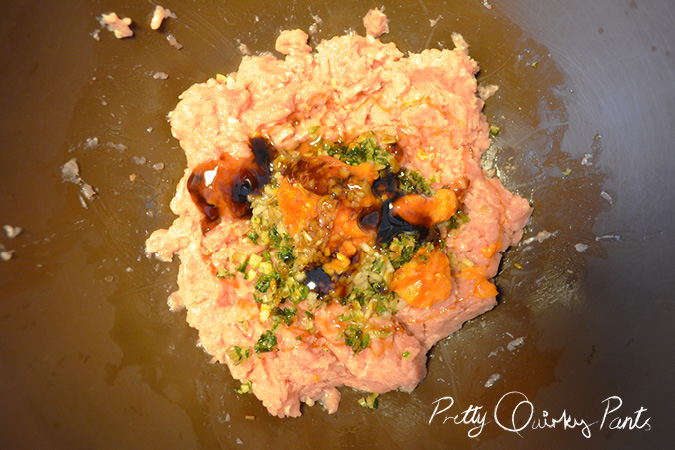 3.a With wet hand roll out small balls and place on a plate and flatten them.

3.b Spread potato starch over a plate and start making small balls covered in a little starch and place on the plate, then slightly flatten them. 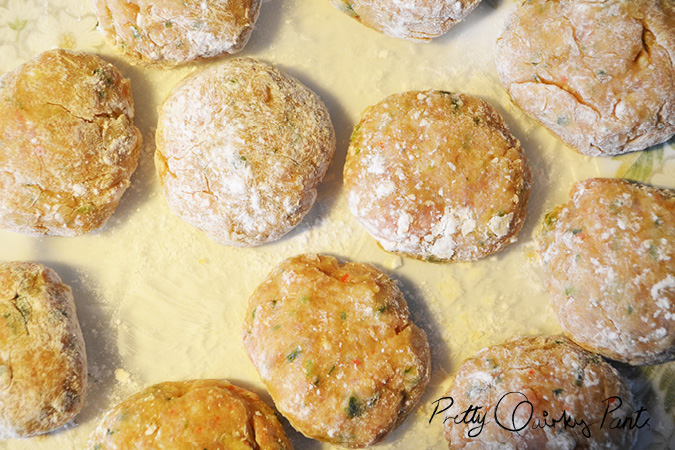 I’ve given two methods because I find the dry method easier, but the wet method is more traditional. The dry method however does give the overall cake a crispy layer after frying so that is also quite satisfying. 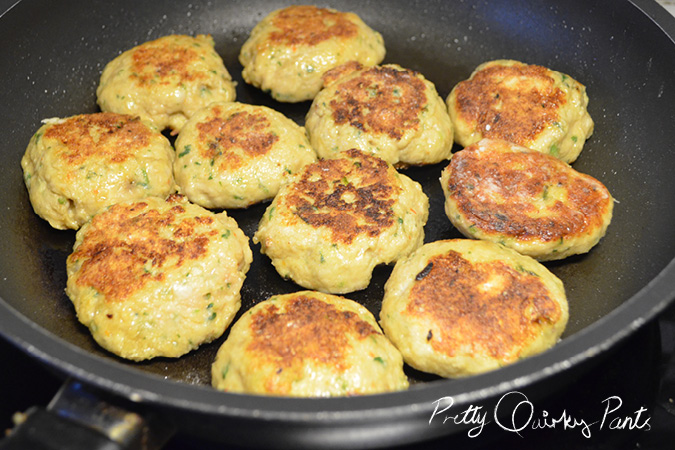 4. Fly meatballs in some oil on medium high heat on both sides for about 5-7 minutes or until both sides are golden. 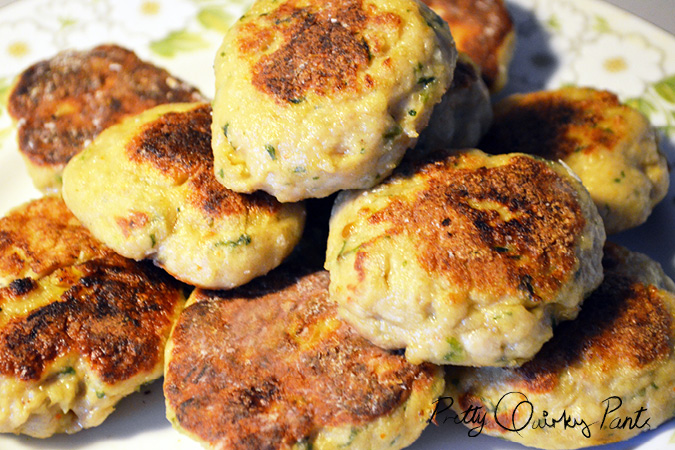